"I am looking for exactly that moment when the universal enters into and becomes embodied in the figure, when the individual has become the manifest form of the universal."

Michael Magrath has spent most of his adult life in the Pacific Northwest, having moved from New England in the 80's to attend Reed College, where he studied mythology and comparative religions. Though initially self-taught in figurative sculpture, he has studied and taught in a number of rich sculptural environments including the University of Washington, where he received his MFA in 2004, the Florence Academy of Art in Italy, The Art Academy of London and, since 2005, the Gage Art Academy of Art where he currently is the director of the Magrath Sculpture Atelier.

Reflecting years in the construction industry, Magrath brings a craftsman's approach to sculpture.  He is a builder, and a jack of all trades; carpentry, fabrication, foundry.  He was a shop tech in college art for nearly a decade, having learned about teaching from exceptional instructors in both conceptual and maker based programs.  As such he seeks a marriage between elegance in concept and excellence in craftsmanship.  In addition to teaching, Magrath does both private and public commissions as well as gallery sales.  Clients include Microsoft, the University of Washington, the Archdiocese of Portland OR, as well as numerous private customers. He lives on Vashon Island WA, with his family.

I have focused most of my artistic career primarily on understanding and representing the human form because as a subject it is virtually endless in variation and complexity, continuously relevant, and accessible to virtually everyone. It's a language we all share. And so it has potential as a lingua Franca in art, at at time when virtually all other common tongues are drowned.  But yet the body is also so symbolically charged; a site of continual conflict in society, religion, politics, gender, sexuality, etc, as to guarantee high emotion.  It requests great delicacy of handling.  The depiction of the nude in America remains a chancy operation.

And yet my interest in the body is ultimately quieter. I'm interested in how the individual expresses the iconic, and how the Icon embodies the spirit. I am exploring the spiritual nature of physical world. If the material world is the manifest body of the divine, then sculpture is a form of prayer. My primary focus lies in the reinterpretation of mythology in contemporary contexts, and I am most interested in the potential of myth to reinvigorate the humanist project.  The physical body, like nature, has been too maligned.  It was once the center of creation, the distilled manifestation of a million years of ancestral desire. But has been degraded, commodified, bundled in shame. I fear that our culture cannot much longer survive the mind/body, spirit/nature duopoly that seeded our fall from the garden.  If we don't find a way to reunify ourselves with creation soon we risk our chance at redemption, at least. 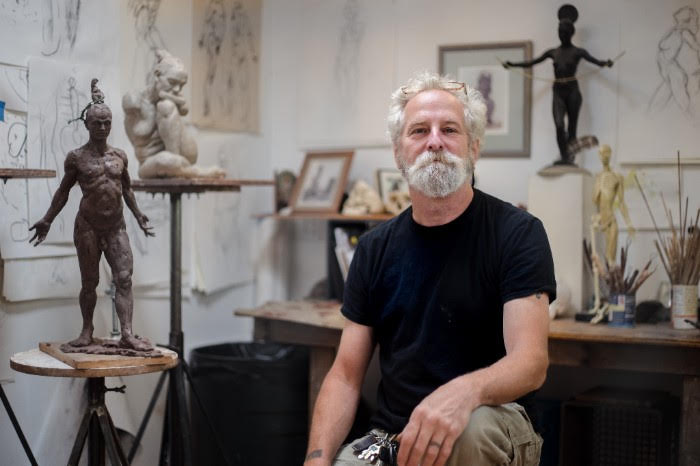 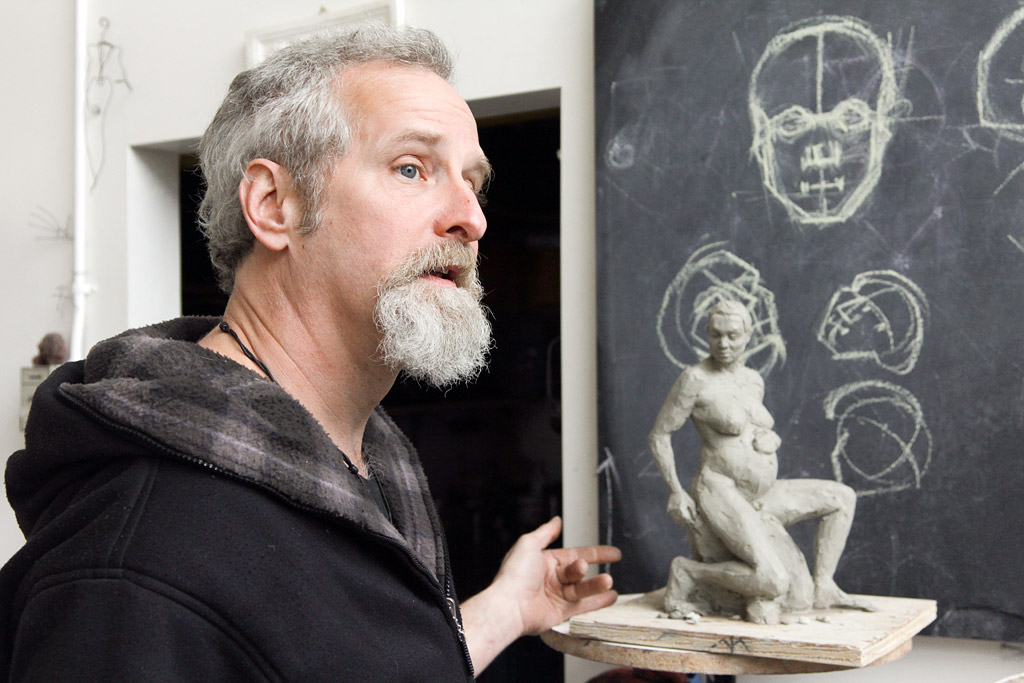 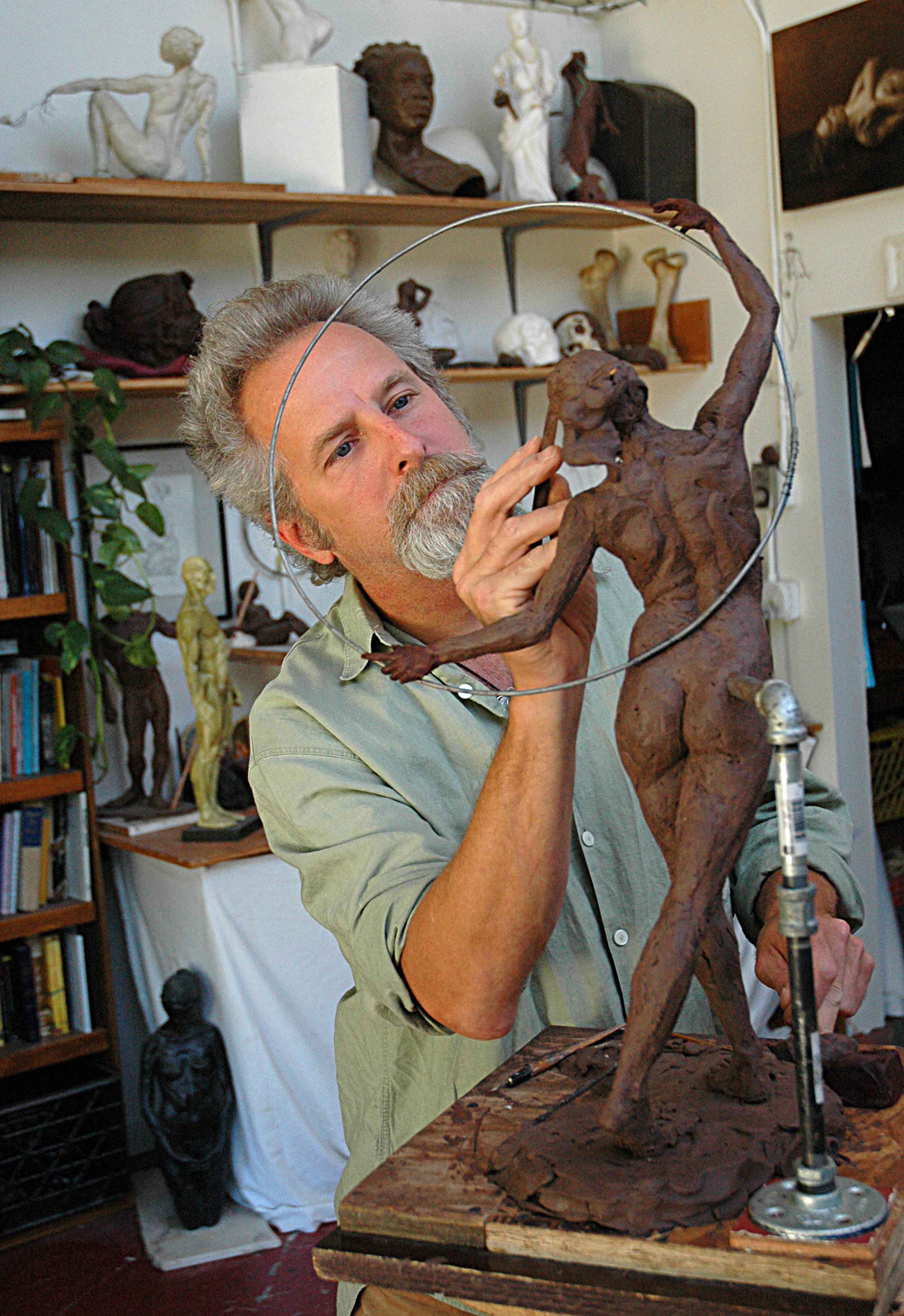 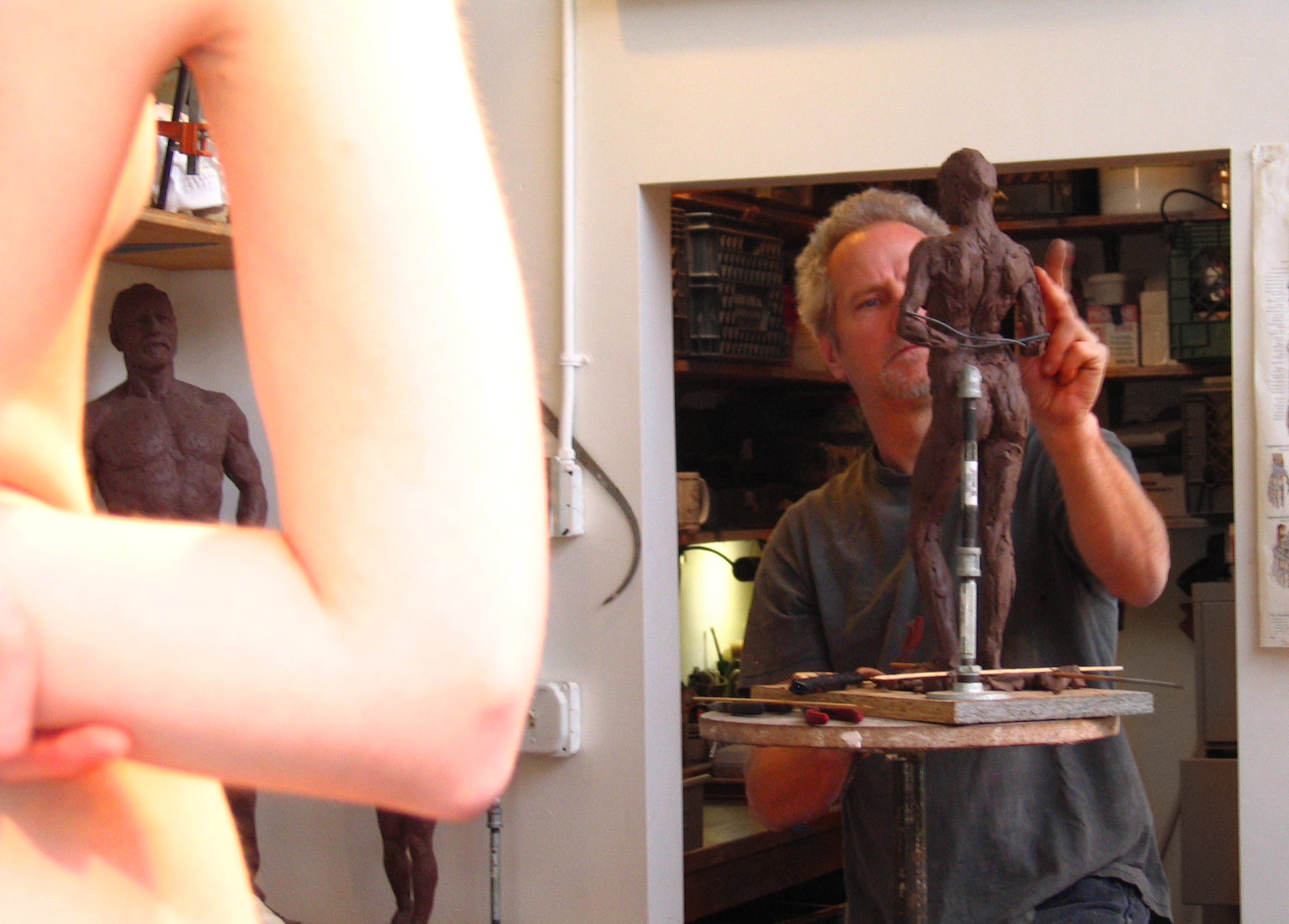 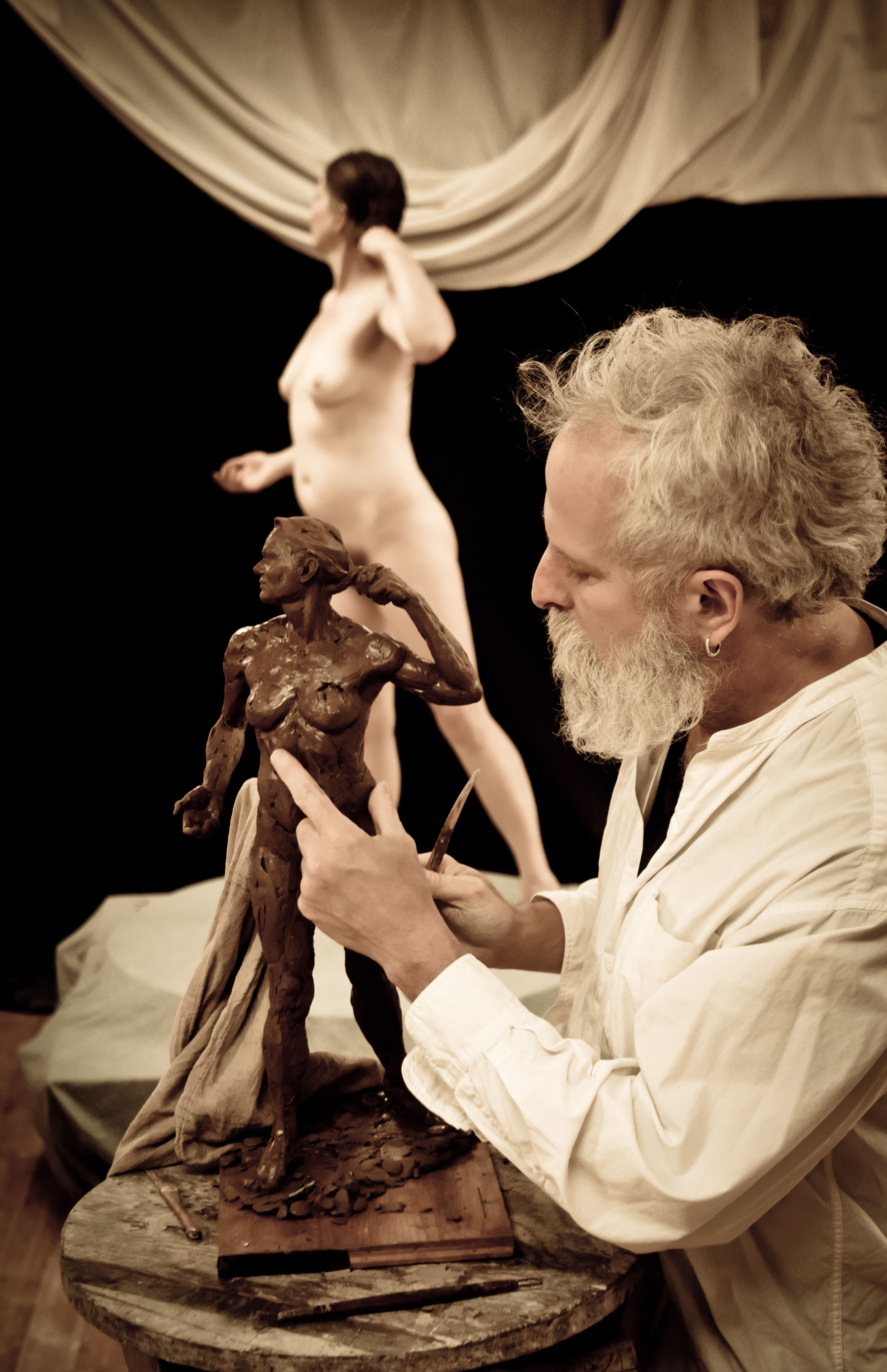 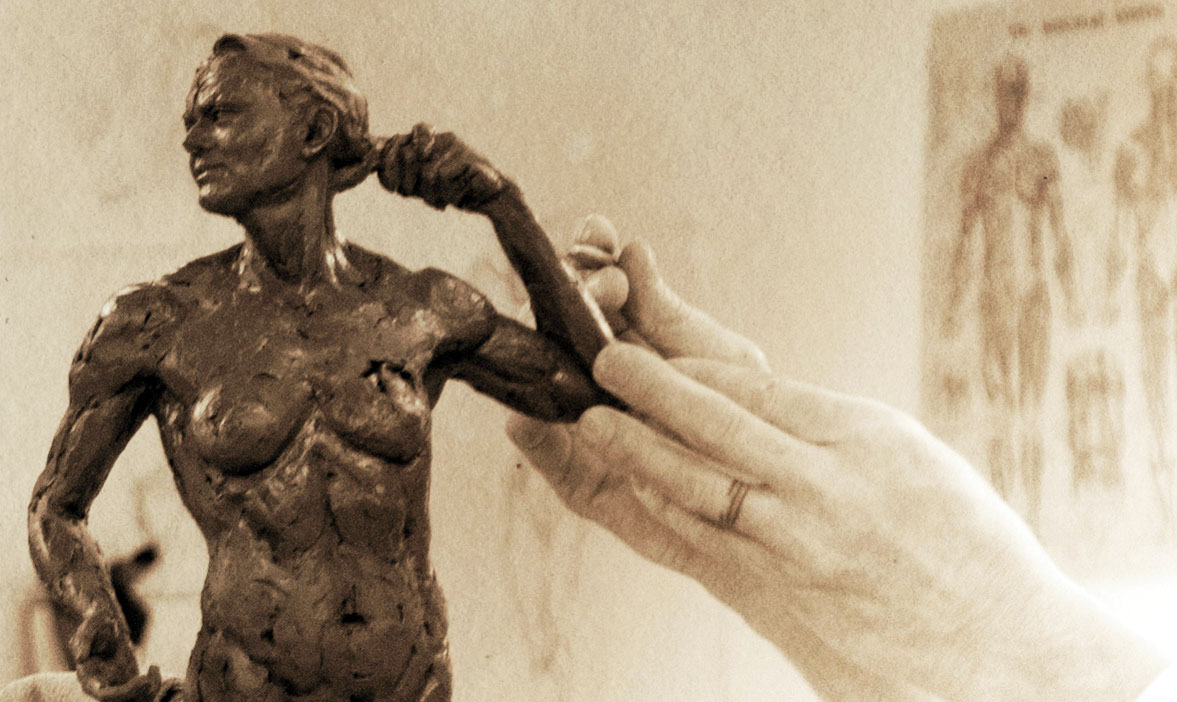 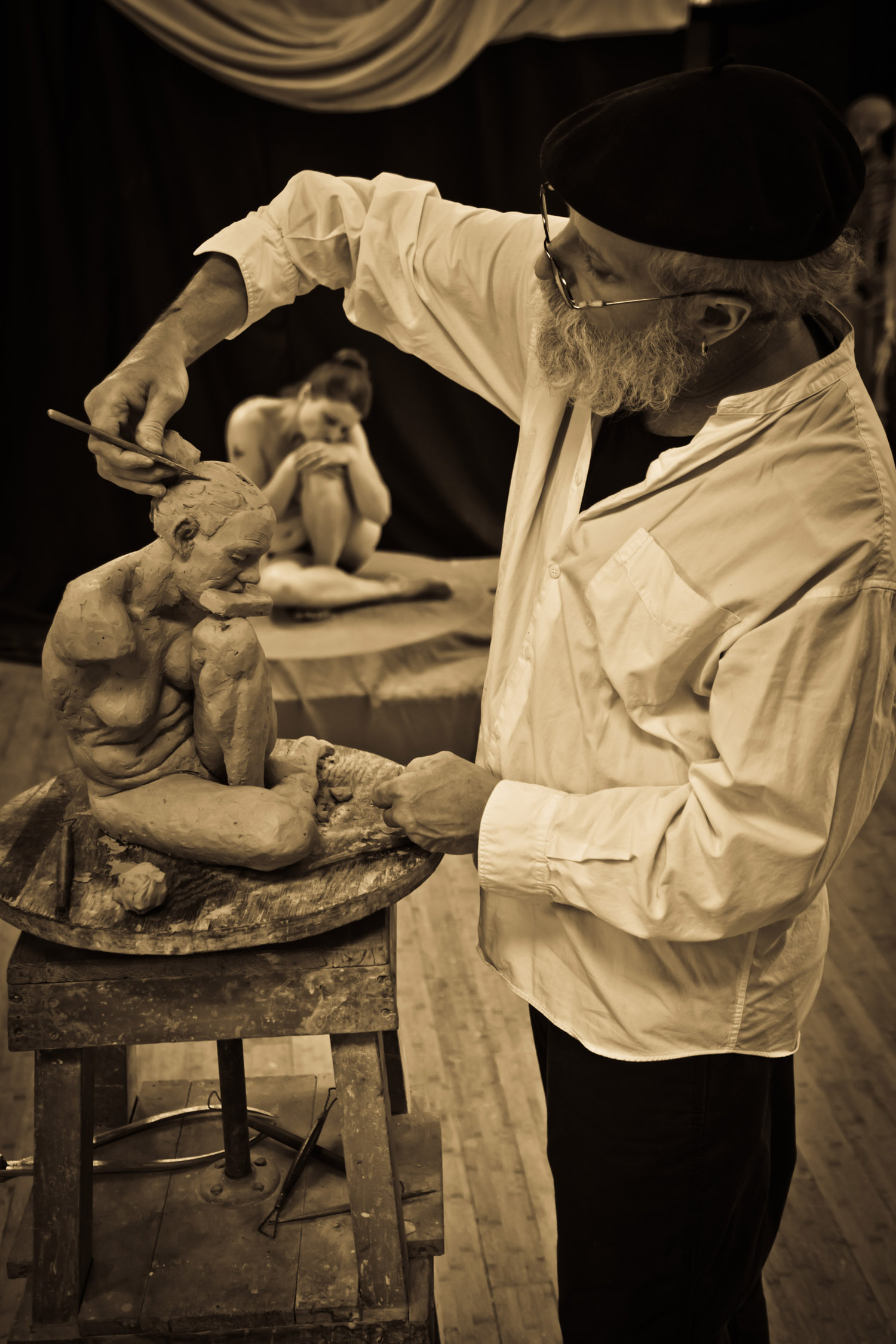 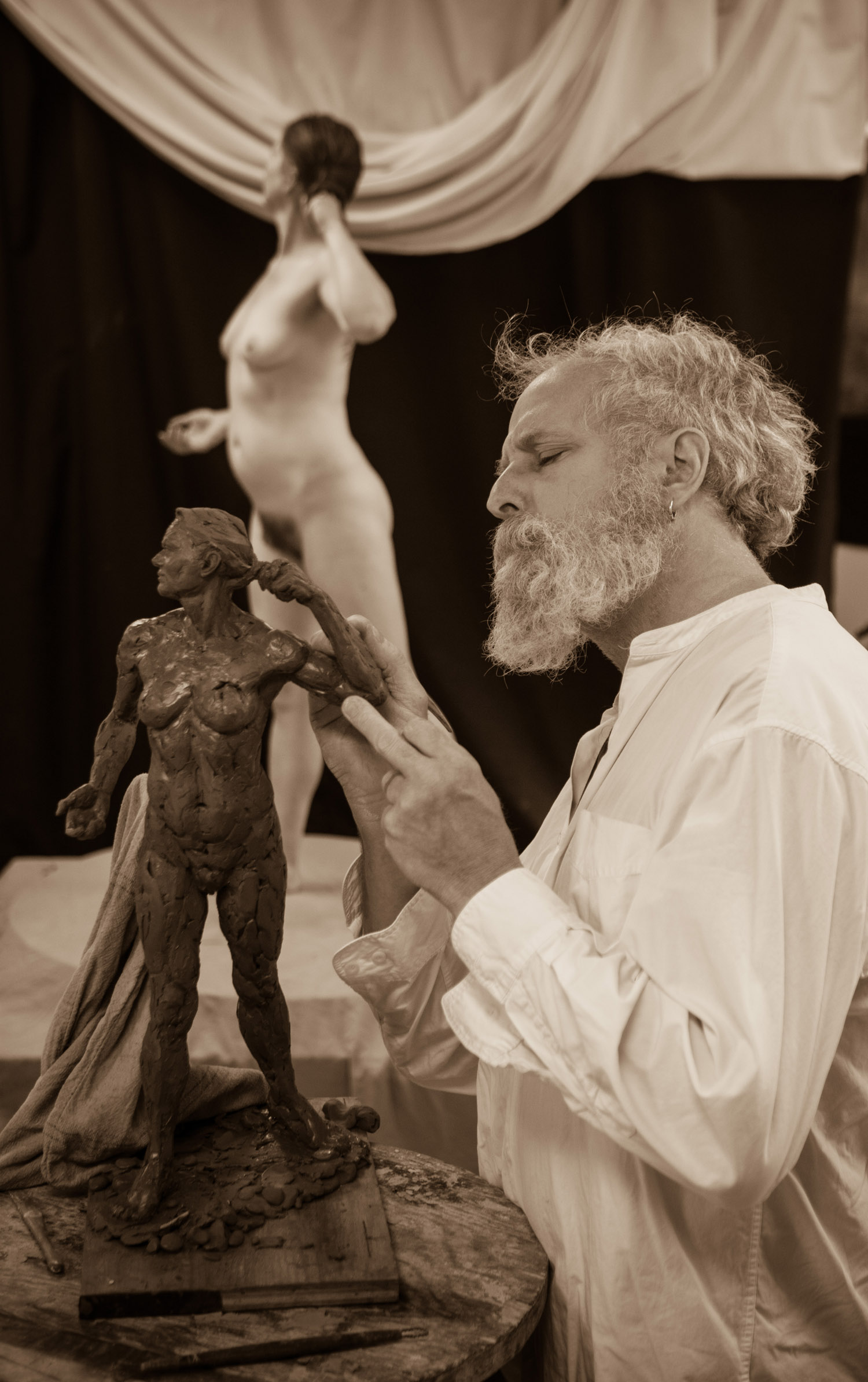 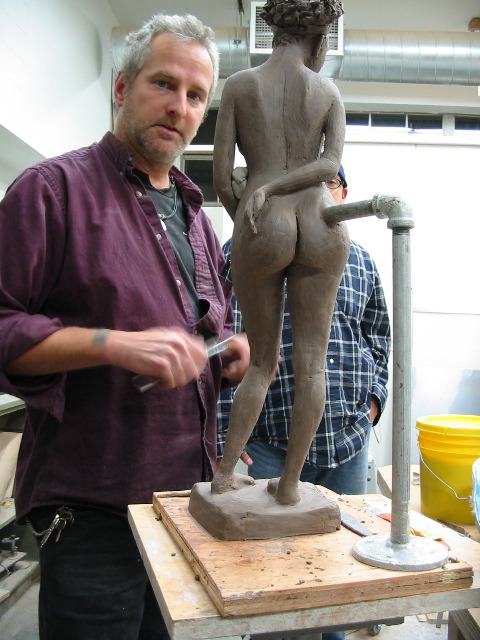 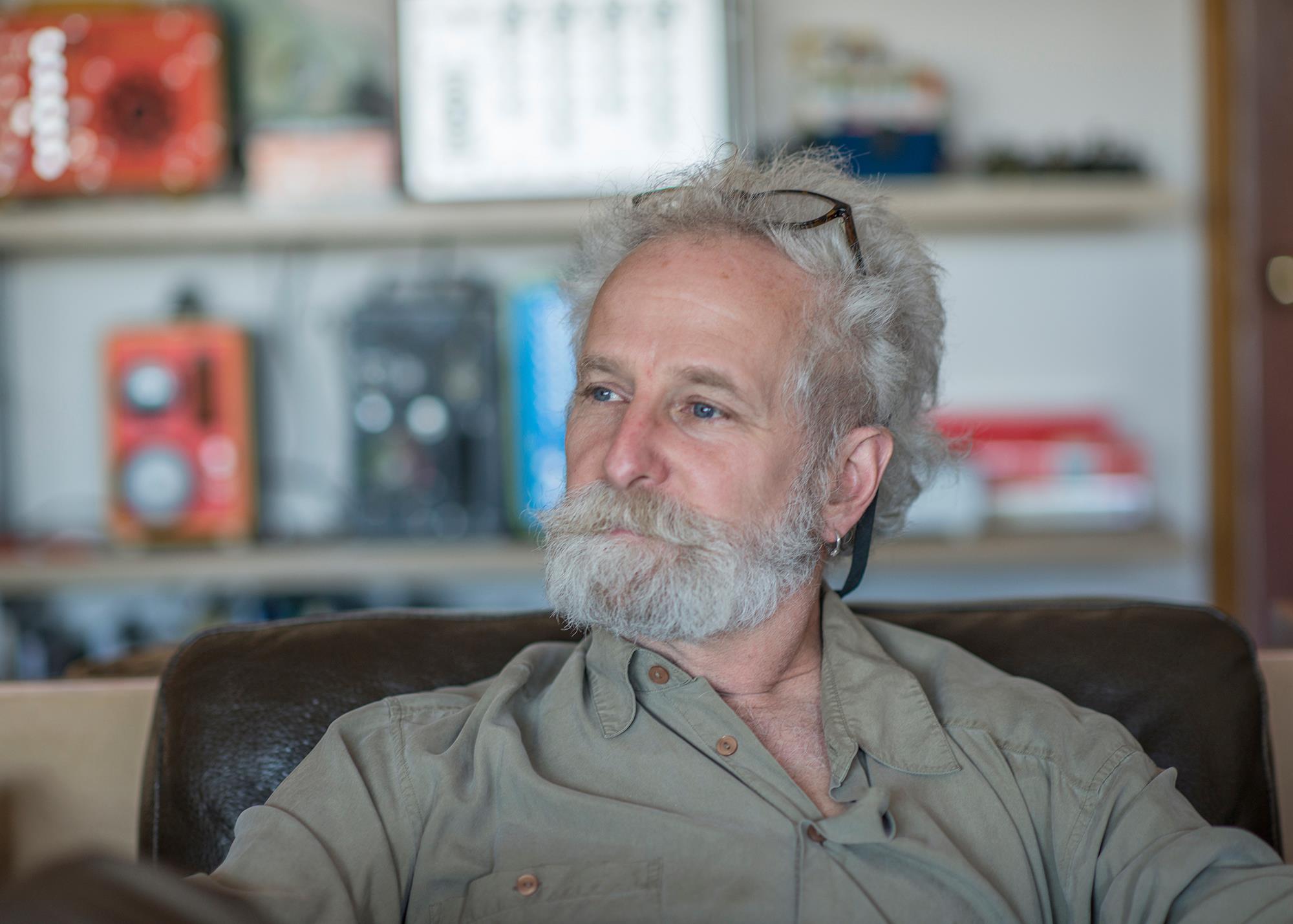 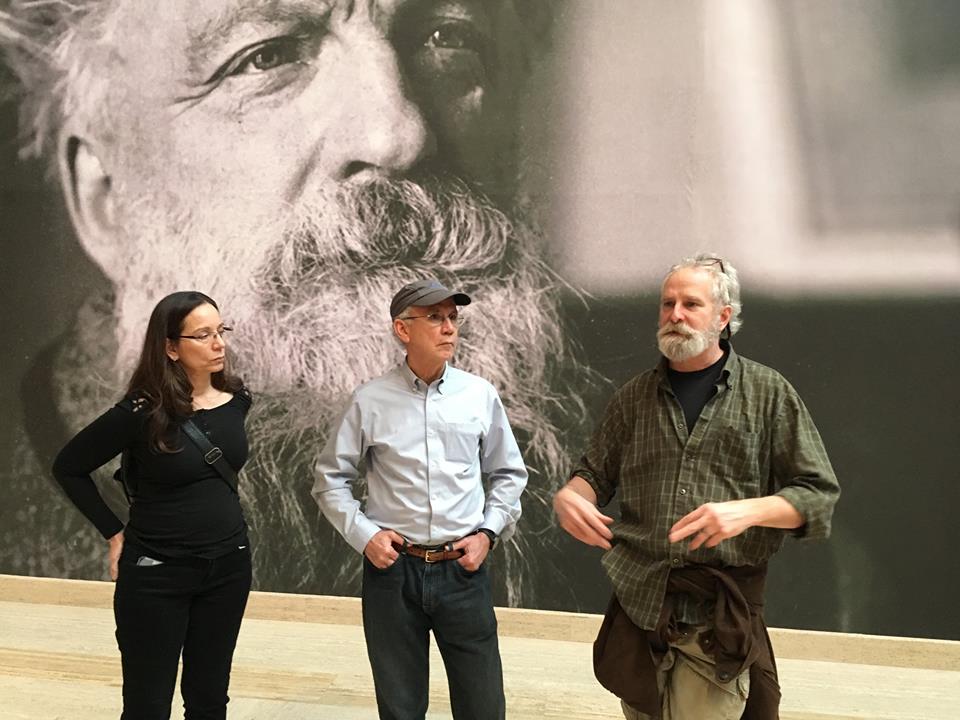 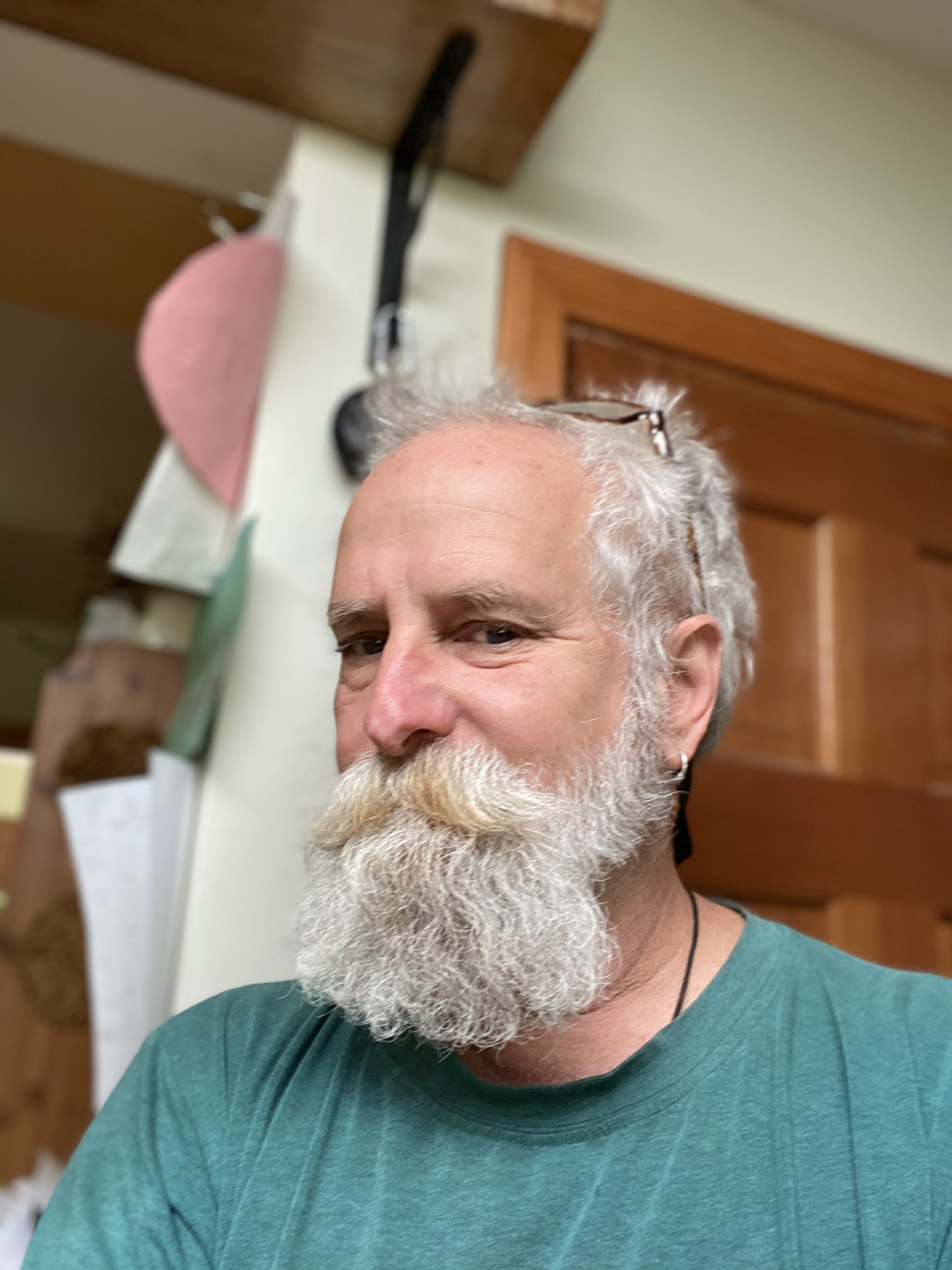 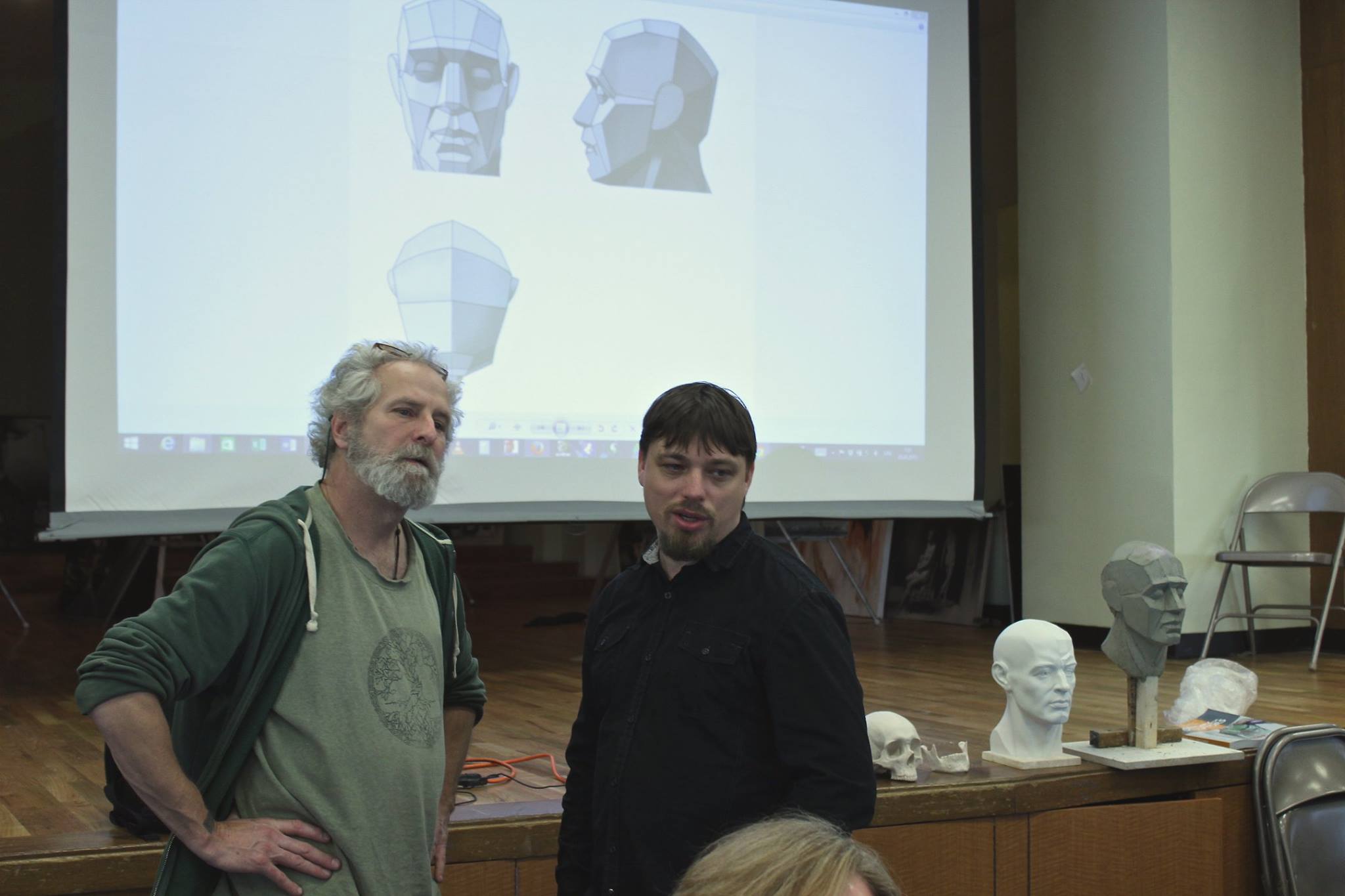 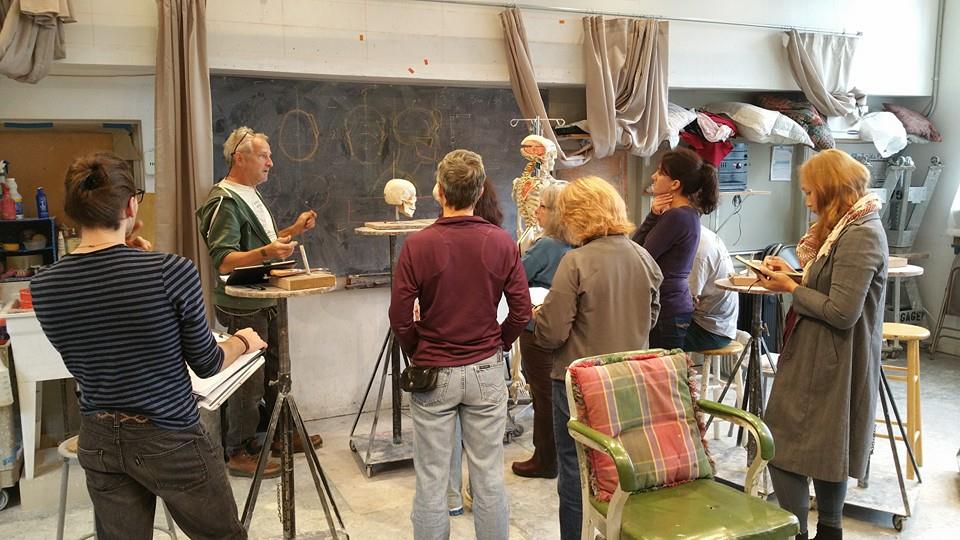 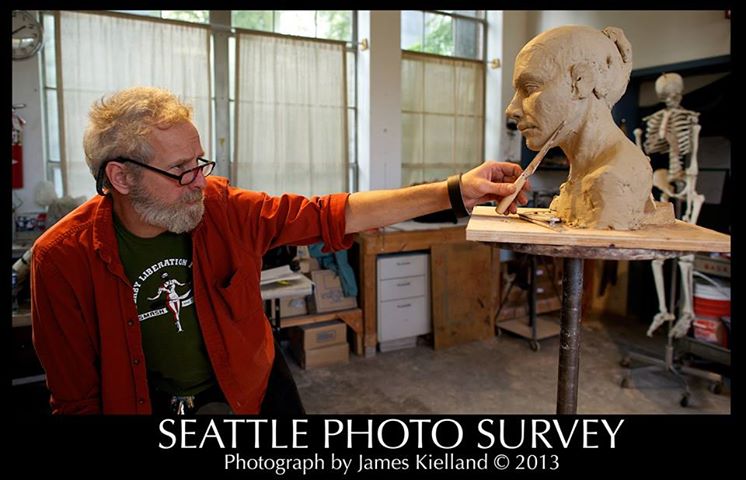